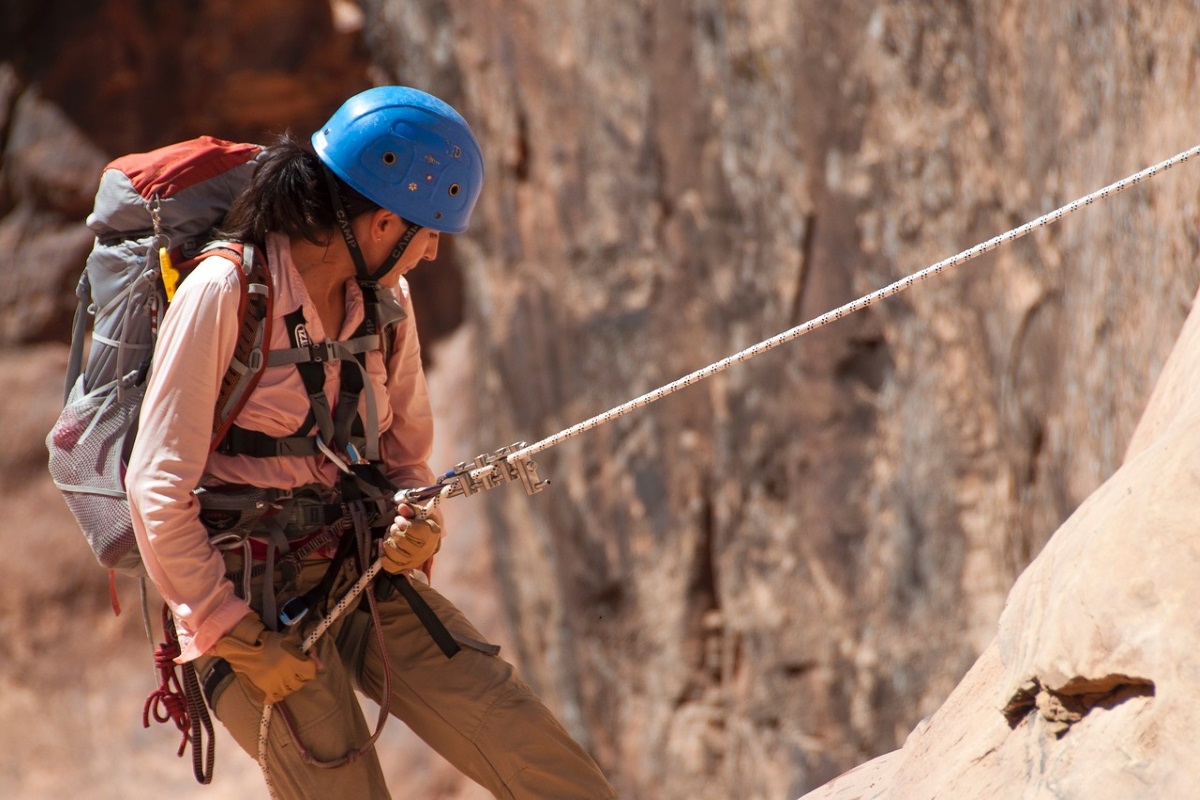 When my children were small, we would play a game called “What If”. The format was simple—I described a hypothetical scenario, and they brainstormed possible responses.

For example, I might ask—What if you forgot your lunch for school?

And the kids would answer—Maybe a friend would share. Maybe a teacher would get me a snack from the teacher’s lounge. Maybe I could get lunch from the cafeteria and bring the money tomorrow.

Or—What if you lost me in the store?

Possible responses—I’d ask someone with a badge for help. I’d find a cashier and have them call you over the loudspeaker.

My goal wasn’t just to train my kids on what to do in specific situations. I wanted get them comfortable with the idea that life is unpredictable, accustomed to thinking ahead before something actually went wrong, and confident in their abilities to handle a variety of tricky situations.

Of course, life is just as unpredictable at age fifty as at age five—probably even more so. That means adults can benefit from playing “What If”, too. I still regularly discuss possible “What If”s and responses with my family, friends, and colleagues; doing so has helped all of us prepare for stressful life events, reduce our chances of failure in professional projects, and make choices that set us up for success in the face of emerging trends.

In this post, I’ll talk about a few specific ways I like to use the “What If” game to improve my chances of a good outcome. Hopefully, these examples will inspire you to engage in a few “What If” conversations of your own.

Have you ever felt paralyzed by a seemingly inconsequently decision? This happens to me whenever I’m running late in the morning. Suddenly, choices like “blue shirt or grey sweater” and “oatmeal or eggs” feel overwhelming. I’m left standing in my pajamas in the kitchen, brain turning slowly to mush as the clock ticks down toward my first meeting of the day.

As neuroscientist Daniel Levitin explains in this excellent TED Radio hour program, most of us are unable to think clearly under stress. Our brains’ rational thinking centers are wired to switch off in stressful situations, leaving powerful hormones and our limbic system’s “fight or flight” response to take over. The simplest decisions, like what to wear or which button to push on the microwave, become next to impossible.

But if we take time to plan how to prevent or mitigate future stressful scenarios —including thinking through decisions we might have to make—we don’t need to do too much rational thinking in the moment. We can just carry out the plan.

One of my favorite examples of “What If” planning comes from a friend who was laid off from his job during the last business downturn. When his wife’s position was eliminated as well, just a few weeks later, the two of them talked through the What Ifs and agreed on a game plan based on a series of “What If”s. Their list of scenarios and responses looked something like this:

This plan might look laughably simple, but it made a tremendous difference. My friend and his wife took care of several tough decisions in advance, which allowed them to focus on job applications without worrying about how and when they would downsize. Additionally, having a shared plan made them feel like a team. Rather than allowing tight finances to foster conflict, as so often happens, they established their commitment to each other and their joint strategy from the outset.

The “What If” game works in business, too. In the past decade, for example, many business leaders have embraced the idea of a project pre-mortem—a structured planning session in which stakeholders brainstorm possible ways that the project could fail. A good pre-mortem helps the project team improve tracking to detect early signs of failure (e.g., “we’ll check in on revenue every week, rather than once a month”) and plan adjustments to make in the case of various pre-failure scenarios (e.g., “If revenue hasn’t hit $100K by the 31st, we’ll cut our ad spend”).

I’ve found pre-mortems to be a very effective tool, especially when preparing for a big project with lots of sensitive moving pieces. Once, when my team had a big IT system modernization underway, I held a pre-mortem to discuss problems that might arise. The big “what if” was: “What if someone can’t log in on the new system?” The team responded that we’d have customer service reps trained on a manual login procedure. Then I asked, “What if thousands of people can’t log in?” Could we hire additional service reps from an agency? What if tens or hundreds of thousands of people were affected?

Ultimately, we realized that we needed to write a short script that we could use to automate the manual login process in the event of a mass failure. In the end, we didn’t actually have any access issues with the update, but the pre-mortem allowed our team (and the customer service team!) to approach the launch with confidence, knowing that we had a solid backup plan.

You don’t need to limit your pre-mortem thinking to the level of an individual project, either—I also recommend applying the “What If” game to the arc of your entire career. For example, many technical analysts predict a huge shift of applications and information from on-premise servers to “cloud” servers provided by big companies like Amazon, Baidu, and Microsoft Azure. Will this trend impact your day-to-day work or job security? What if the shift occurs faster or slower than predicted? How will you monitor this type of industry-level change, and what resources—such as new skills, connections at other companies, etc.—will help you respond and keep your career on track?

So far, our discussion of “What If” has focused on mitigating negative consequences. But there’s just as much value in planning for the positive. By asking questions like “What if revenue is higher than projected?” or “What if we win those concert tickets?” you can set yourself up to take advantage of better-than-expected outcomes. Maybe you should keep a list of innovative ideas to pursue when your team has extra budget, or a list of babysitting services you can rely on if you’re offered a free night out!

For example, the couple I mentioned above started by planning for the worst—how would they downsize if neither one of them found a job by September? But they also listed the things they would do once they were both working again, such as taking a family vacation. Having a plan to treat themselves provided a little extra motivation and optimism in what was otherwise a tough time, and when they were employed (earlier than expected!), they knew exactly what they wanted to do to celebrate.

Even if most of your “What Ifs” are negative, a round or two of the “What If” game can kick your confidence into high gear. By facing possible problems head-on, and laying out a strategy to navigate them, you’ll likely realize that you really do have the skills and resources to handle much of what life might throw your way.

Tell me—has asking “What If” ever saved you from disaster or set you up for a huge success? Is a particular “What If” keeping you up at night right now? Share your experiences in the comments—I’d love to play a round or two of “What If” with you.

Career planning: Finding the confidence to say “no”

Think about the last time you said “no” to someone, either…

“Balance” is something we all seem to be seeking, whether in…

U.S. Independence Day is one of my favorite holidays because July 4th is the perfect mid-year date to take stock of the progress I’ve made toward the goals I set in January, and make adjustments so I can end the year even better than expected.
Recent Posts
Recent Comments
Archives
Categories
Copyright © 2017 JeanAnn Nichols – Executive Coaching and Speaking - All Rights Reserved